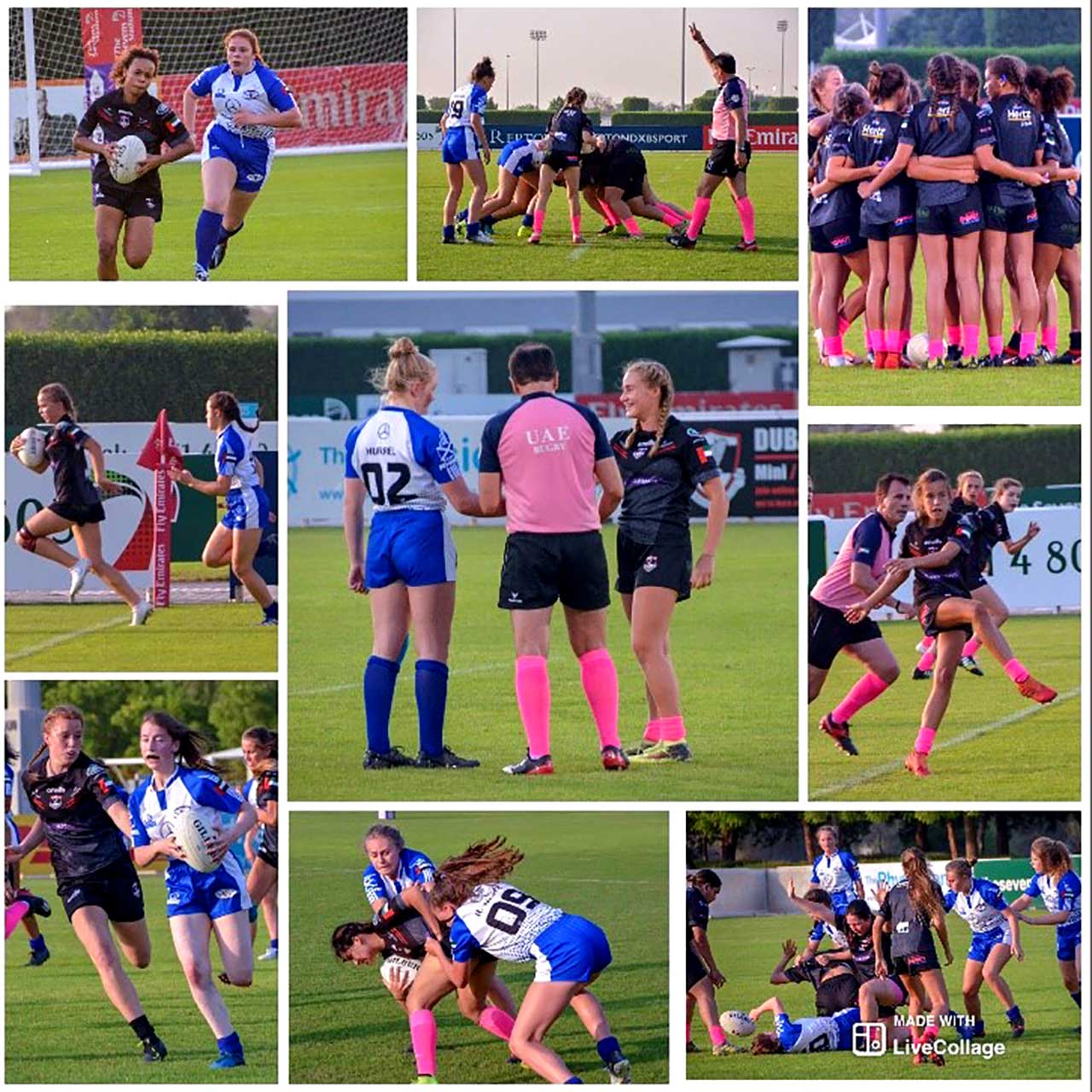 Exiles were delighted to host Auchterarder School for the 3rd time at the weekend. The relationship goes back 7 years when Auchterarder were looking for an overseas destination and a growing platform for girls rugby. The fact that they were able to field 30 players for their tour and we were able to host a great mini-tournament just shows how far the girls game has developed.

Arrangements were made to play an U16s and U18s team against the visitors but, with fewer players, Exiles had to rely on fitness and ability to play in temperatures in the mid 30s.

It started with the U18s warm up match where Exiles initially struggled to cope with Auchterarder’s direct, off-loading game and quickly went down 3 tries to nil. However the Exiles girls adapted well and started to gain some control and got back to parity before Auchterarder scored with the last play of the game to win 4-3. In the follow up game Exiles started strongly and went ahead before Auchterarder eventually ran in 3 tries at the end benefiting from a larger squad and fresh legs.

The U16s started in a similar fashion and took a while to get used to the direct style of rugby but once they got control of the ball and found space they were able to be competitive and score some great tries out wide. Again Exiles lost a very tight game 4-3 but in the follow up fixture Exiles were able to dominate Auchterarder with speed and intensity of  play to eventually win 6-2.

The Auchterrarder coach was very complimentary about the Exiles’ style of play that the girls showed and the physical nature of the game – which surprised him given the size difference between the players. Exiles’ fast pace, technical ability in defence and attack will no doubt set them up well for the balance of the season.

It was a pleasure to host Auchterarder. After the game, the visitors were extremely grateful for the hospitality they received in the Exiles Clubhouse – described as “proper rugby spirit and culture” by their coach.