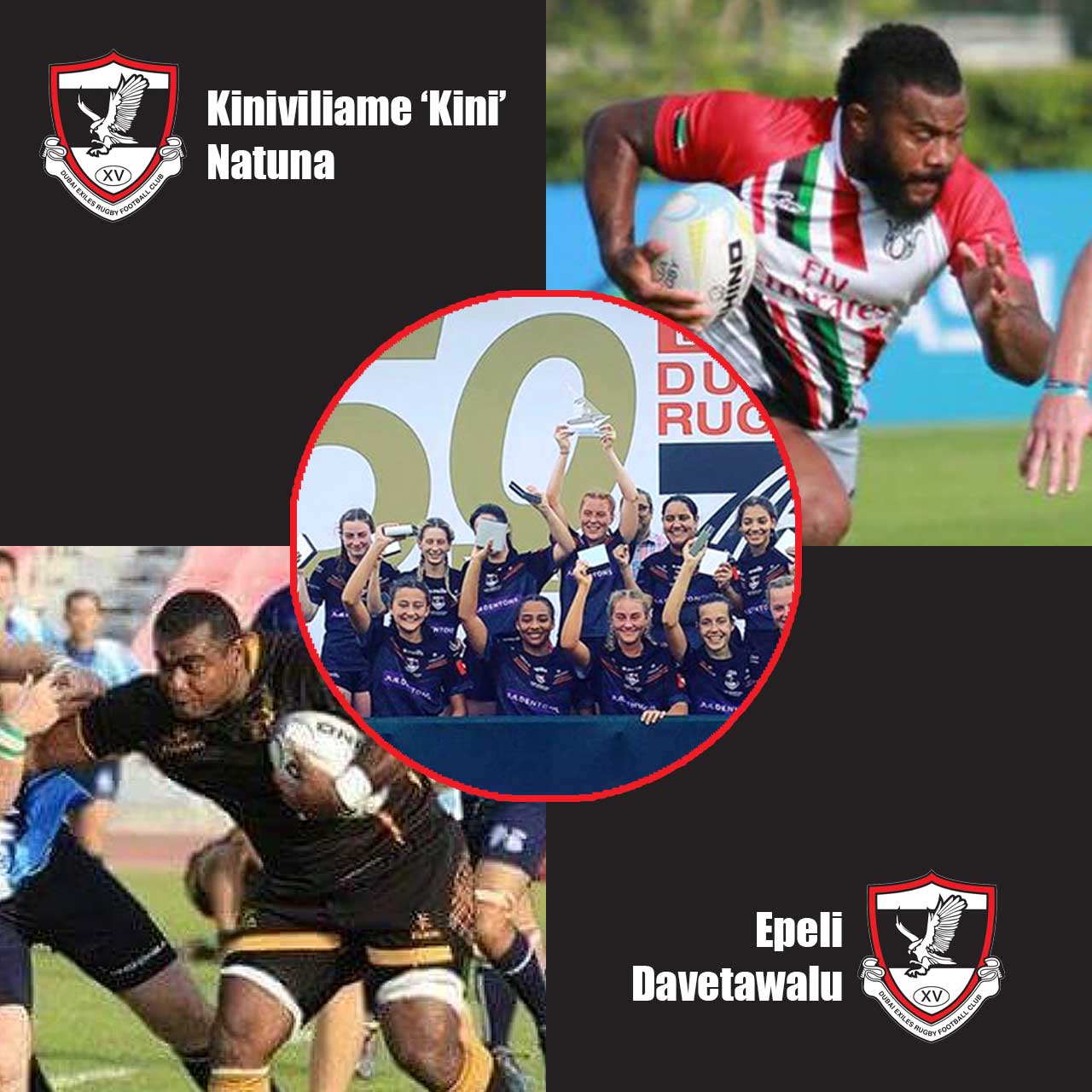 For the upcoming 2020-21 season, ‘Kini’ Natuna and Epeli Davetawalu will be joining our Emirates Dubai Sevens winning, U19 Girls coaching team, of Kevin Richardson, David McNaughton and Lindsay Wakefield to impart their unrivalled knowledge and experience to our U19 Girls.

‘Kini’ Natuna played at a high level in New Zealand turning out in the colours of Heriot Rugby Club in Dunedin. He was also privileged to represent South Otago vs Central Otago in the annual TOPP Cup competition.

The UAE has been Kini’s Rugby Home for the last 6 years. He has played for Al Ain Amblers and the Abu Dhabi Harlequins. He joined the Dubai Exiles for the 2019-20 season and contributed enormously to the team’s UAE Premiership title. He also currently represents the UAE on the international stage in both 7s and 15s.

For the last two years Kini has coached the Dubai Lankans at the world-famous Emirates Dubai Sevens, winning the tournament in 2019.

Epeli has joined the Exiles for the upcoming season from Abu Dhabi. Hailing from Fiji, a qualified teacher, Epeli has an exciting and distinguished rugby career. He has represented and captained the Fijian U19 national side and represented Fiji in the U20 Junior Rugby World Cup in Japan (2010). He was also selected for the senior Fiji Sevens squad.

Epeli has been heavily involved in coaching rugby (and athletics) for a number of years. When back home in Fiji he was invited to be the Head Coach of the Nadroga District U14 side, taking them to the National Championship title that same year.

Until recently moving to Dubai, Epeli coached the U12 Boys and U19 Girls 7s team at British School Al Khubairat in Abu Dhabi.

The Dubai Exiles encourage our current senior squad members and our international players to be involved in the coaching teams of our various Mini & Youth squads, a policy that came to fruition in the 2019-20 season (https://dubaiexiles.com/best-club-rugby-season-ever/).

A special thank you goes to Andy Williams for all of his hard work, grit, determination, passion, energy and enthusiasm that he has given to promote and coach girls’ rugby, not only at the Exiles, but in Dubai and across the UAE.

Andy was recently voted into the position of Vice Chairman of the club which is testament to how well he is thought of by the mums, dads, players and wider membership, he will now be pouring that same energy enthusiasm into that role.

Thank you for all of your hard work Andy!

Want to get involved? Join the Dubai Exiles