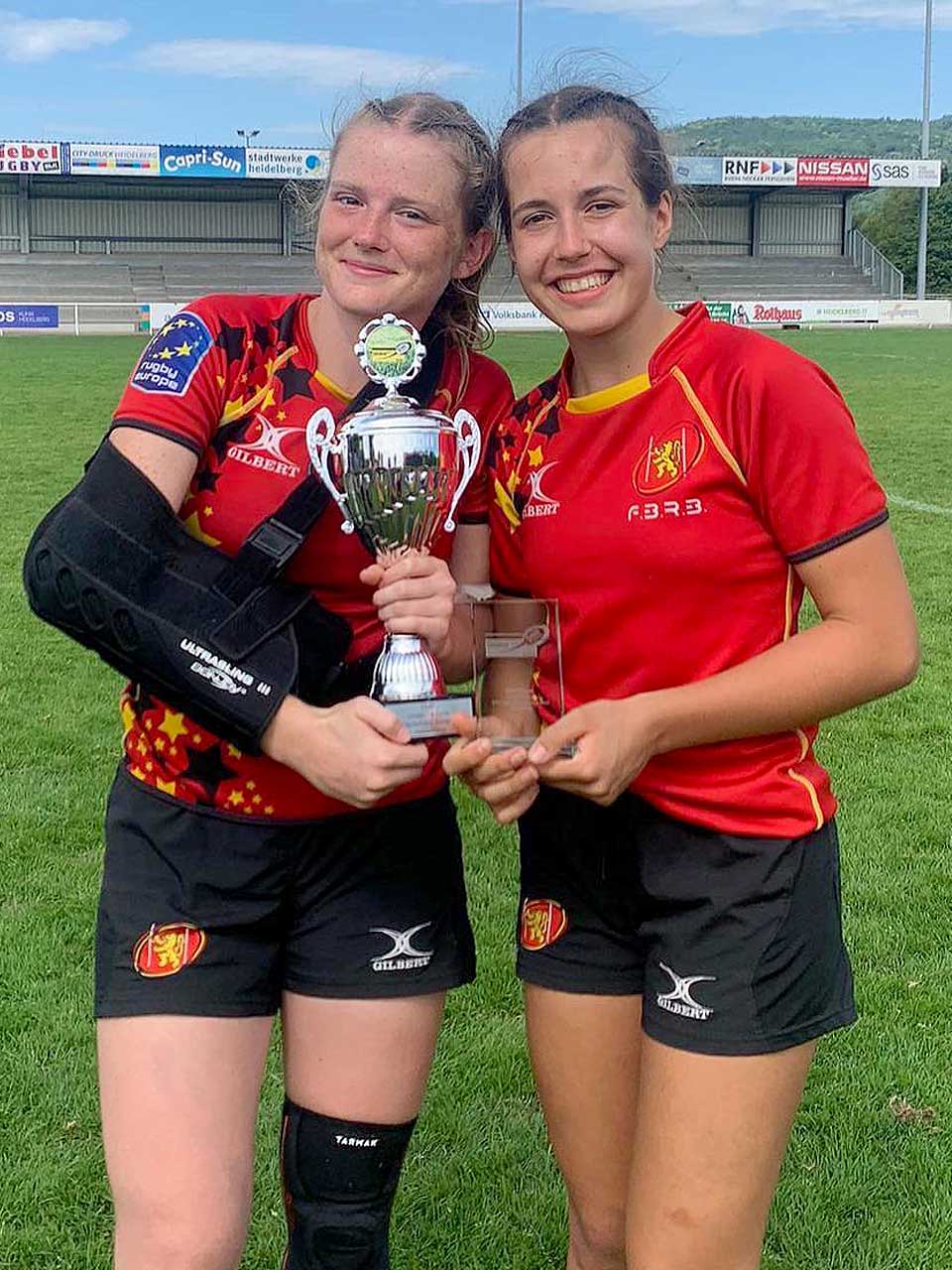 After a very successful first outing for Belgium at the Heidelberg Sevens, in which Femke was voted the ‘Player of the Tournament‘, she will again be pulling on the Belgian National Shirt later this month in an opening match against France at the Rugby Europe Girls Under 18 Championships at Petrovice Rugby Club in Prague, the capital city of the Czech Republic.

Femke and her Belgium teammates life the Heidelberg 7s trophy

2021-22 has been a season that’s featured a lot of trips to DXB for Femke who first joined Dubai Exiles RFC in 2014 with the Exiles’ Under 12 Girls. In September 2021 it was a trip away to Tashkent in Uzbekistan with Apollo Perelini and the UAE Under 18 Girls for the Asia Rugby U18 Girls Sevens – a UAE side that also featured Megan Theocharis, Tara Aksoy, Annabelle Garner, Nicole Brits, Lara Botha and Jodie Qursha from the Dubai Exiles. The UAE team winning the tournament after defeating India in the final.

The next trip wasn’t actually to an airport, but to the world’s most famous airline sponsored rugby tournament, the Emirates Dubai 7s in December 2021. The Gulf Under 18 Girls tournament at the Emirates Dubai 7s is the Blue Ribband event of Gulf Girls’ Rugby. The Dubai Exiles girls took the title after a 43 – 0 win over S22 Academy in the final on Pitch 1 at The Sevens Stadium in front of 14,000.

In that final Femke scored 11 points, a try and three conversions. The other try scorers for the Exiles were Tara Aksoy, Lara Botha (2), Annabelle Garner, Nicole Brits, and Megan Theocharis.

After a very successful couple of weekends at the HSBC Mini & Youth Rugby Festival and the Abu Dhabi Tournament resulted in Cup Final wins for Femke and the Dubai Exiles Under 19 Girls more flights were booked and it was a trip to the Rosslyn Park Sevens in London, UK, in March with Dubai College and 6 of her Dubai Exiles teammates.

Rosslyn Park National Schools Sevens is the world’s largest rugby tournament with over 10,000 boys and girls aged from 11 to 18 competing in London, England. Wins over Denston College (45 – 12), Blundell’s School (28 – 10) and St John’s School  (29 – 10) had sent the girls through to a quarter final against Cross Keys Coleg Gwent. The flag was being flown very high for UAE Girls‘ rugby.

It was Oakland College, a Saracens RFC affiliated college in the semi-final that finally ended the heroics by 20 points to 12 in a match, that until the last moments, could have gone either way.

In June it was DXB again for Femke as she headed to Heidelberg in Germany for the Heidelberg Girls’ Sevens – but this time Femke, would be representing Belgium. Femke Soens has represented her adopted home, the UAE, on many occasions but with Belgian and Dutch parents, and still being under the age of 18, she can also play for those nations.

Femke‘s performances at the Heidelberg Sevens saw her awarded the ‘Player of the Tournament‘ accolade and guaranteed her ticket to Prague later this month where she will once again be representing Belgium on the international rugby stage.

Congratulations Femke – everybody at the club all incredibly proud of you! 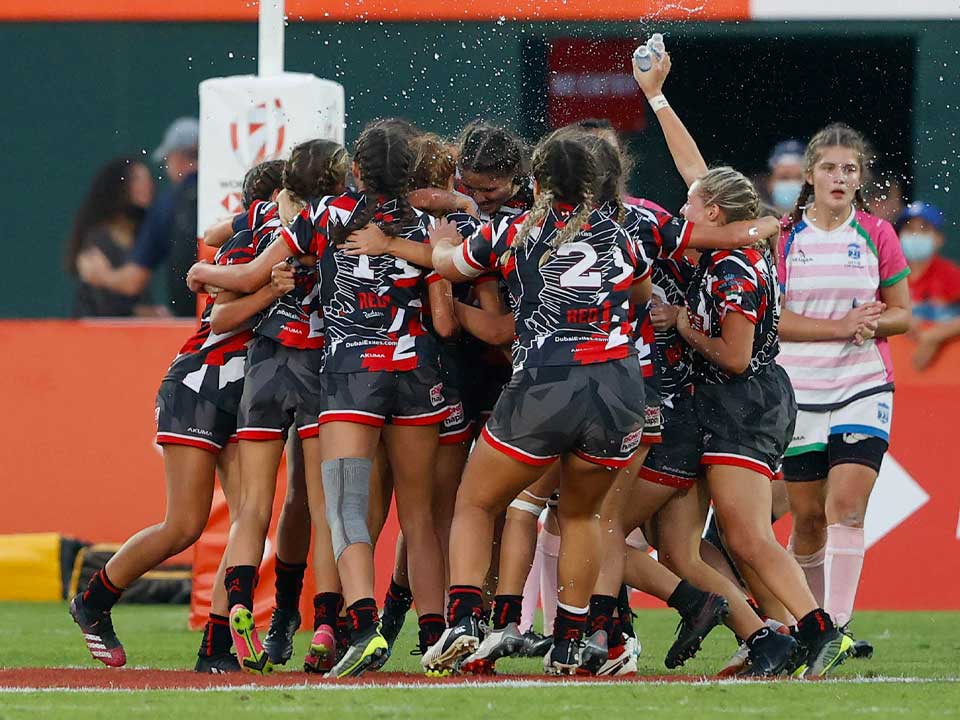