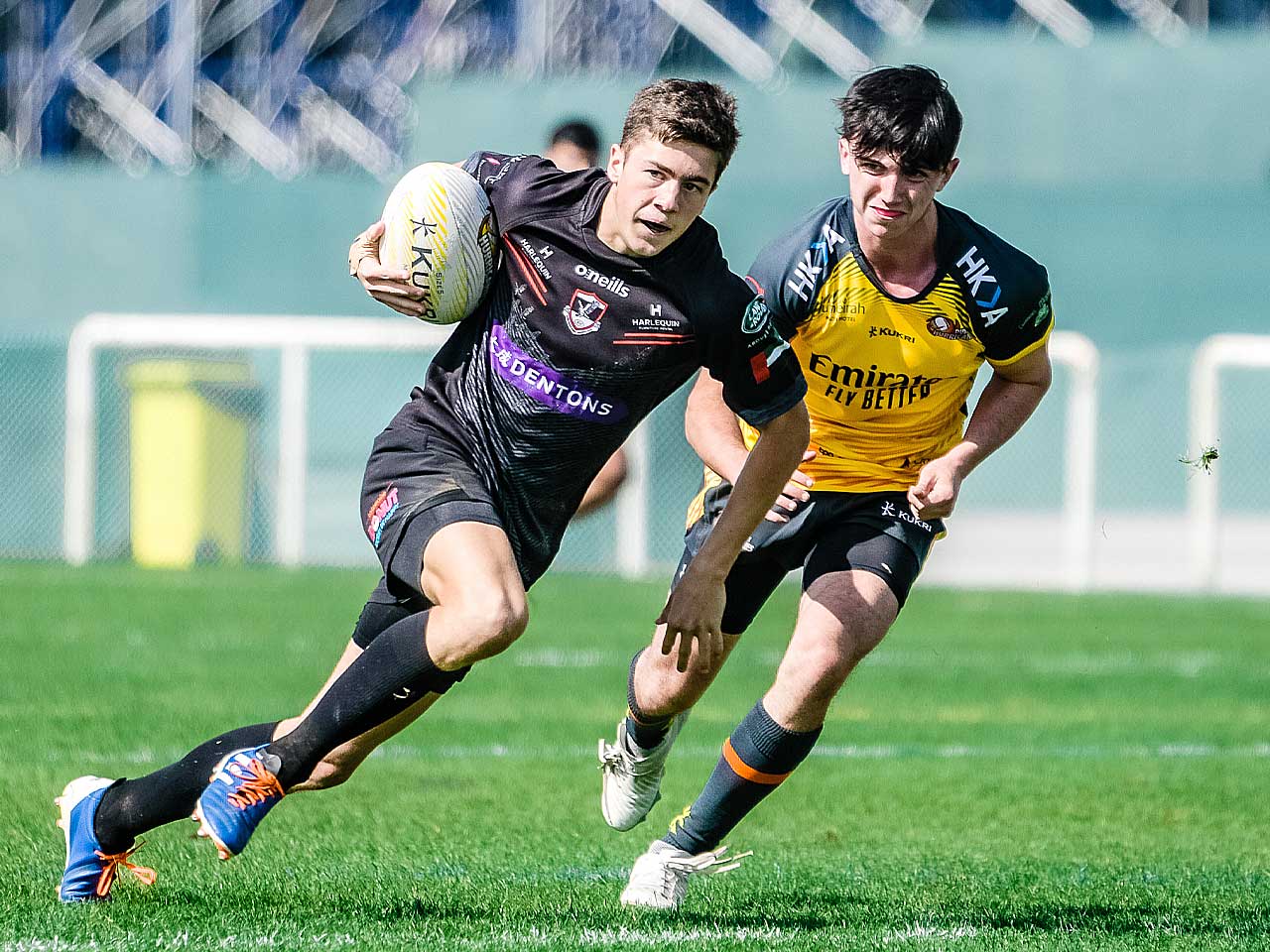 There can be no better site, for a rugby fan, than the future of UAE Rugby enjoying this wonderful sport and having such a great time at this year’s HSBC Mini & Youth Rugby Festival.

With over 3,500 players on site, ranging from U5 to U19, with almost every rugby club in the UAE represented and teams visiting from Bahrain, Kuwait, Muscat and the Ukraine, it’s heartwarming to see that the future of rugby in the region is in the safe hands of these youngsters. Both girls and boys.

Thank you again to HSBC for sponsoring, and making possible, what is the largest mini and youth rugby festival in the region. Also thank you to Bryan Habana for once again attending the tournament and being endlessly approachable, inviting and engaging with everybody who attended.

Dubai Exiles Rugby Club, co-hosts of the festival, had a fantastic weekend. Lots of smiling faces across all of the players, parents and coaches.

Standout performances from all of our participating teams – well done everyone! You’ve done your club and yourselves proud.

Dubai Exiles u19 rugby off to the races against Dubai Hurricanes

The U11 side also battled their way into the Cup Final, only to be thwarted by a good Tigers outfit – a superb effort by everyone – well done!

Our U13 and U14 sides both won the Plate Competitions, the U14s narrowly missing out on the Cup Competition due to a try count-back.

The U16s locked everybody else out of the competition by dominating their pools to make it an all Exiles Cup Final. Many of these boys have been with the Club for over 10 years and it was a tremendous effort by both squads to make the Final a home Club affair.

Our U19 Girls reached yet another Cup Final and once again found themselves against a familiar adversary in the Kn’Eagles. This time the Kn’Eagles held out for a narrow win, 22 – 19, in what was, as it always is, a ridiculously exciting final. Well done girls! It was great to see both sides sharing the stage at the medal presentation.

Having only been formed this season, our U19 side wrapped up proceedings by winning the Cup Final of the U19 competition, defeating the Hurricanes twice in the process, once in the pool round and once again in the Final.

Try time at Dubai Exiles u14

It’s been a great weekend not only for Exiles Rugby, but also for rugby in the UAE – thank you again for everybody who pitched in to make it happen, players, parents, team managers, first aiders, coaches, pitch marshals and volunteers.

Exiles u19 Girls on stage with Dubai Knights-Eagles

It would be remiss not to give special thanks to Cindy Mitchell, Ronan Nash, James Pollard and Marc Why who worked so tirelessly behind the scenes to make it such a successful weekend.