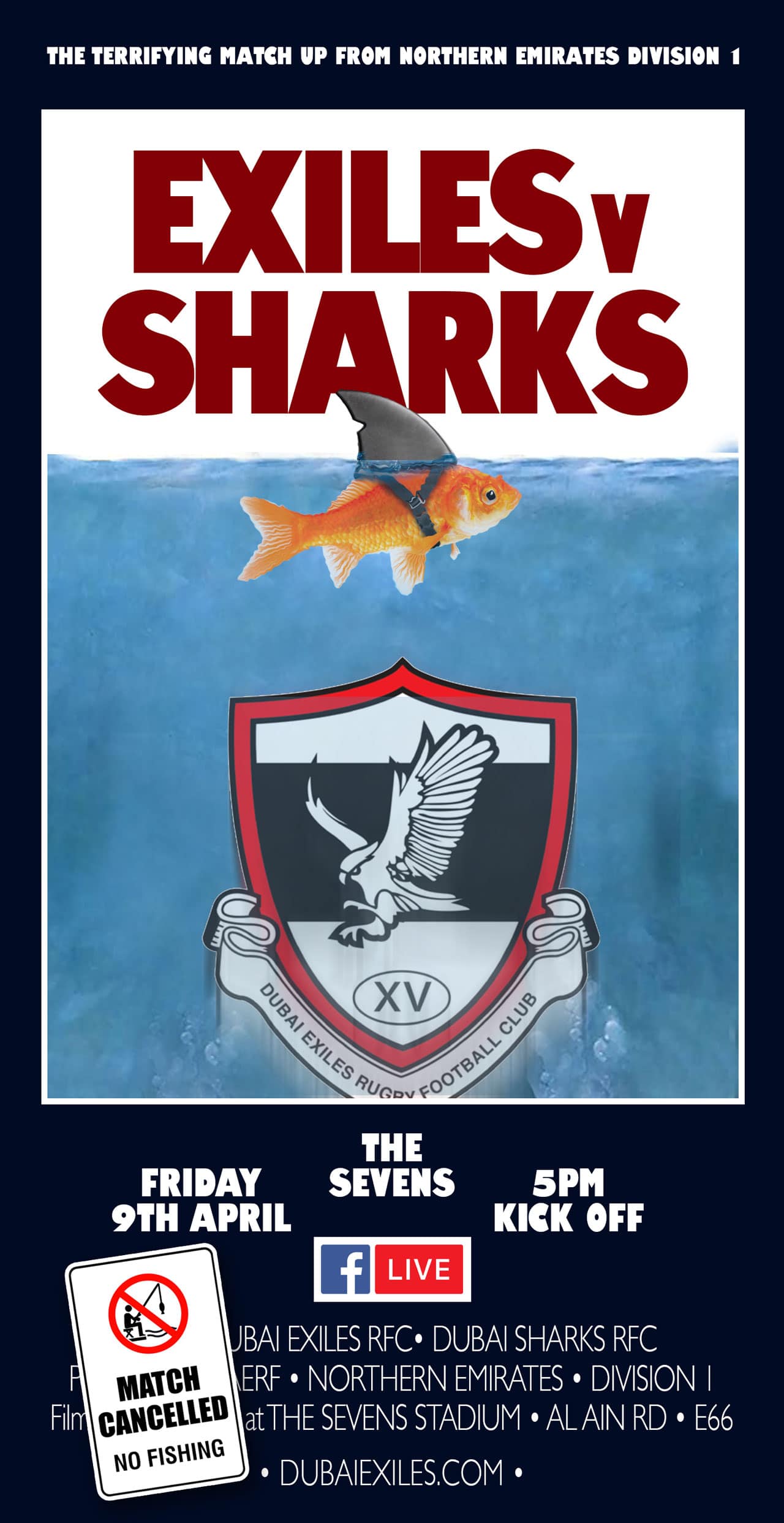 The young guns of Dubai Exiles RFC‘s Division 1 side won’t have the opportunity for another jaws-dropping feeding frenzy until they play the postponed fixture against the Dubai Knights-Eagles later this season. We’re sure they’ll be chomping at the bit to sink their teeth into that game.

Things have been going swimmingly for the Exiles’ Division 1 side since the season started in February against Dubai Tigers RFC. They’ve been making waves and fried some big fish since that first jawsome performance at Dubai College.

We’ll update you with the details of the Exiles 2 v Kn’Eagles match as soon as we mako the arrangements!