Exiles all set for Bahrain test 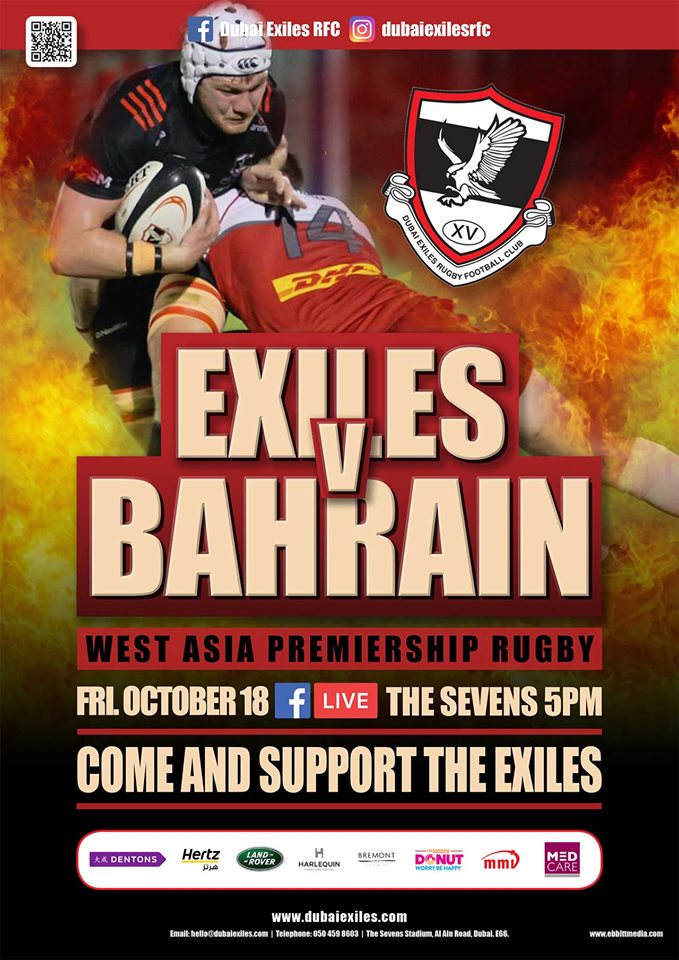 Gulf Rugby behemoths Bahrain visit the Sevens Stadium this afternoon in what is undoubtedly the pick of this weekend’s West Asia Premiership fixtures.

Both teams have several new faces in their squads and the Exiles will be hoping that they can go one better than last season’s West Asia Premiership final where they came up short by 2 points after missing a penalty, the final kick of the game, from the half way line.

Kick off is at 5pm (Friday 18th October)