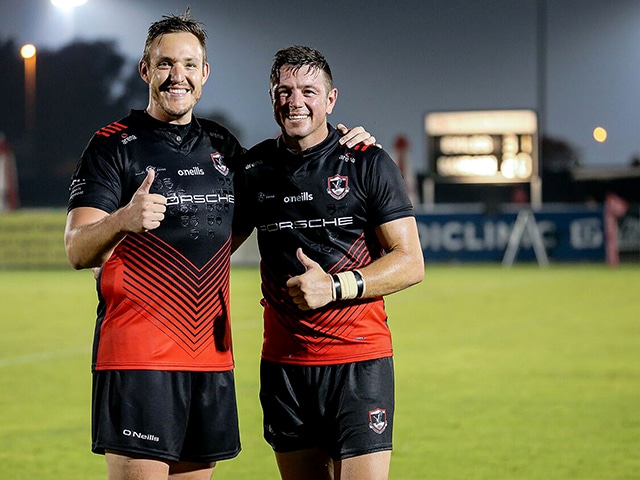 West Asia Premiership Champions Bahrain were in town and bringing their undefeated record to the Exiles at the Sevens Stadium. There was a real rugby atmosphere in the air for this Friday evening kick off, both sides knowing it was a big game and a must win for the Exiles.

The opening exchanges saw Bahrain dominate possession and surprisingly looking to immediately play in the outside channels. Only some loose final passes, unlucky bounces of the ball and hands that may have been suffering from the humidity saw Bahrain fail to score.

The first score of the game came midway through the first half. An indiscretion at a ruck with a Bahrain player going off his feet saw Exiles fly half DuRandt Gerber step up for a relatively simple 3 points, which he promptly added to the scoreboard.

From the kick off Bahrain conceded a penalty for a high tackle, Gerber cleared the Exiles lines and pushed Bahrain back into their own half. A break down the outside channel saw Bahrain ruin yet another chance with a wrong decision when they looked odds on to score, desperate defence by the Exiles again kept Bahrain off the scoreboard. 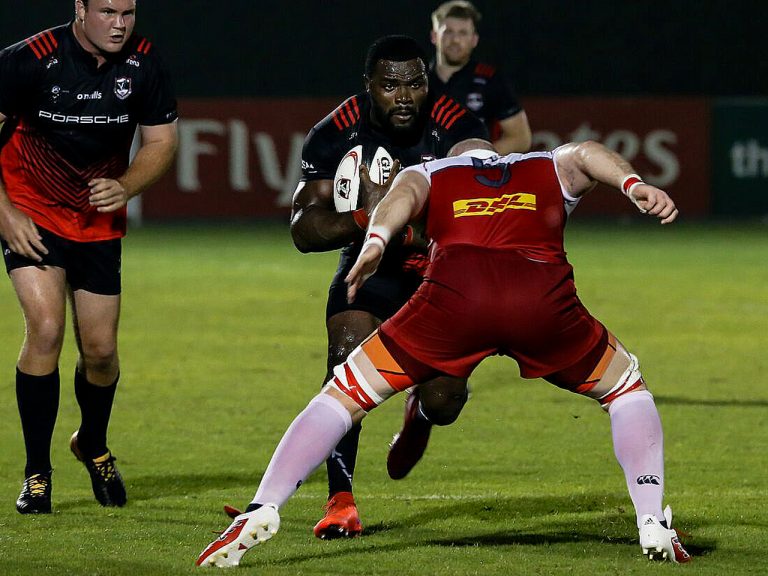 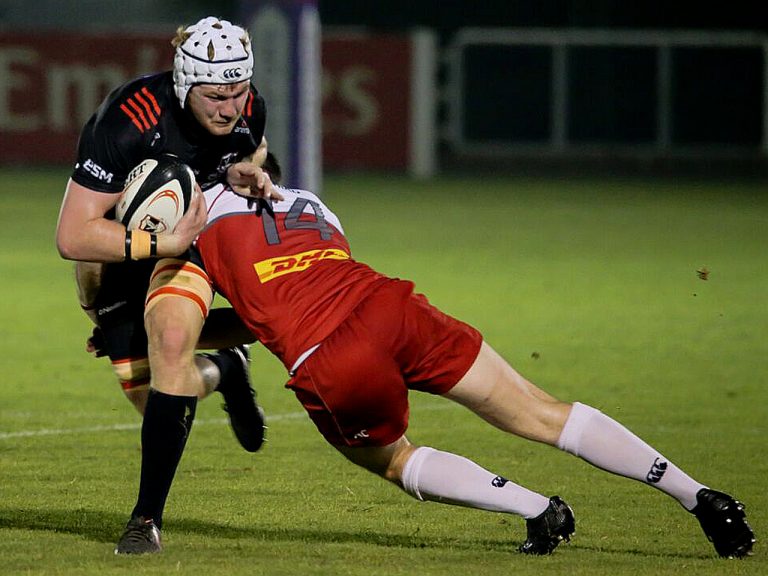 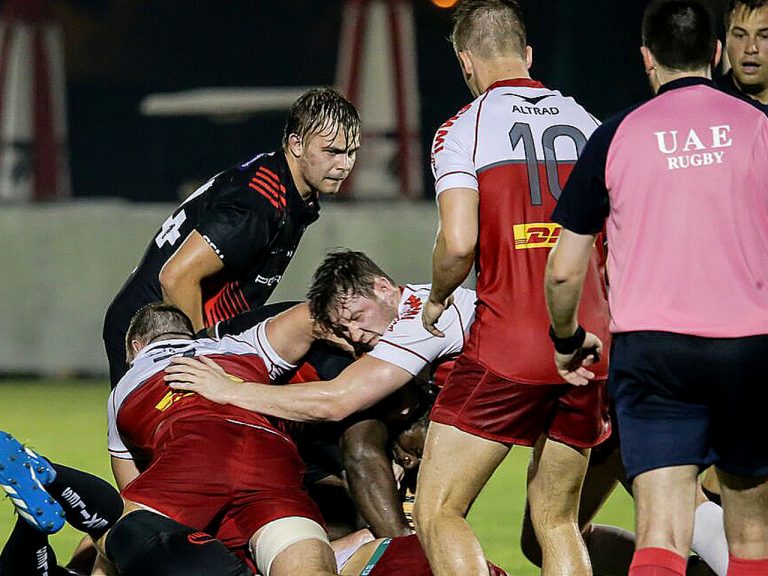 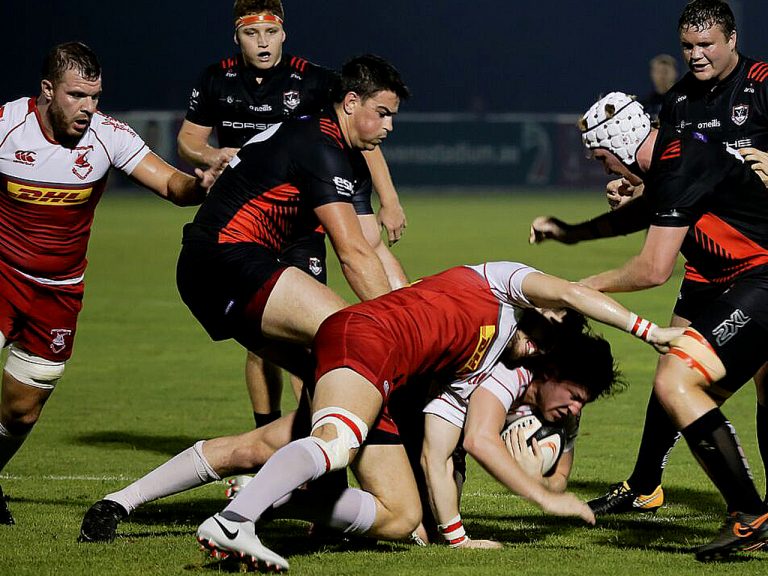 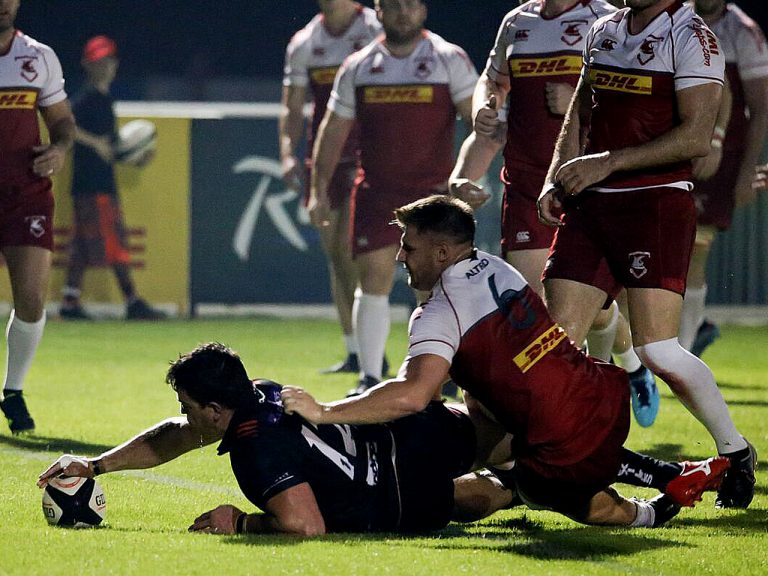 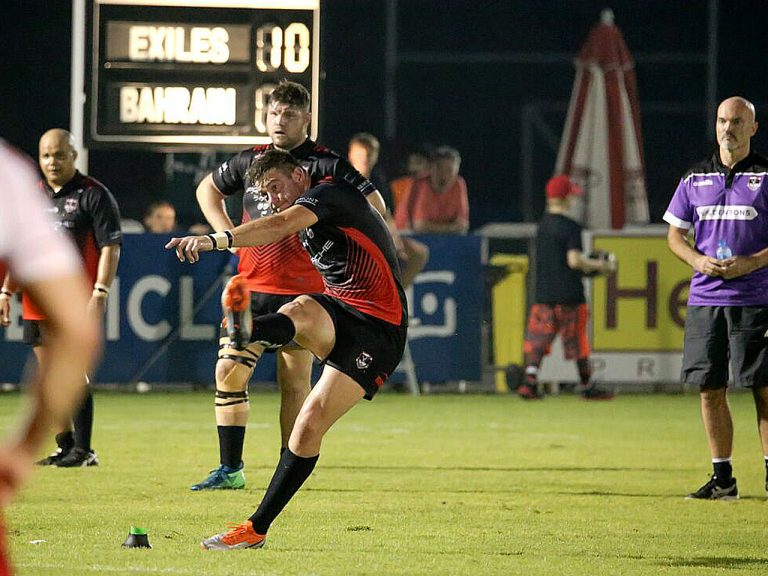 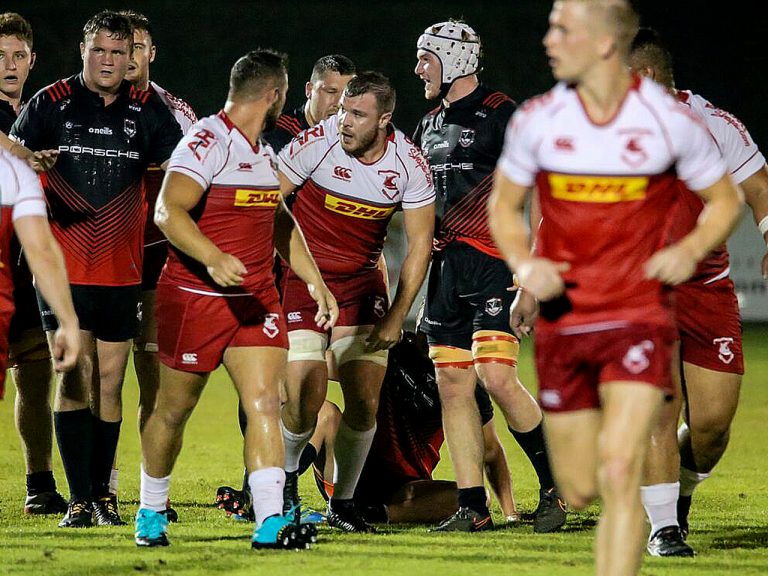 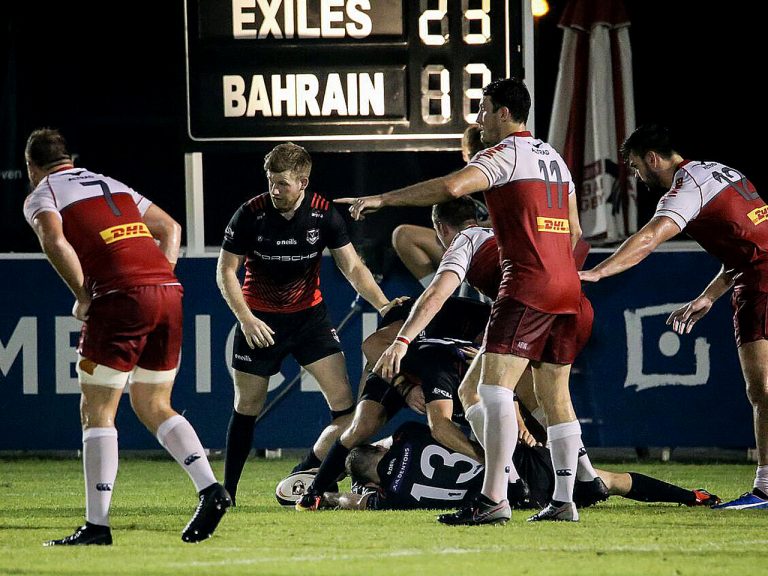 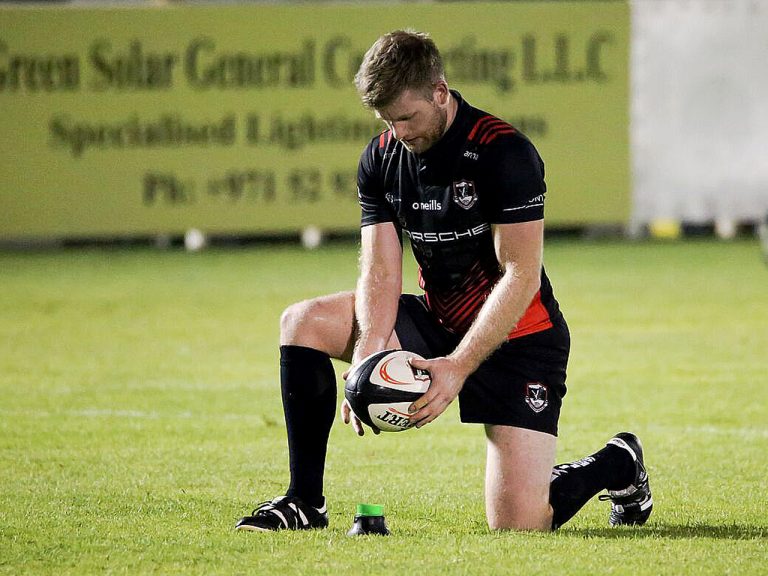 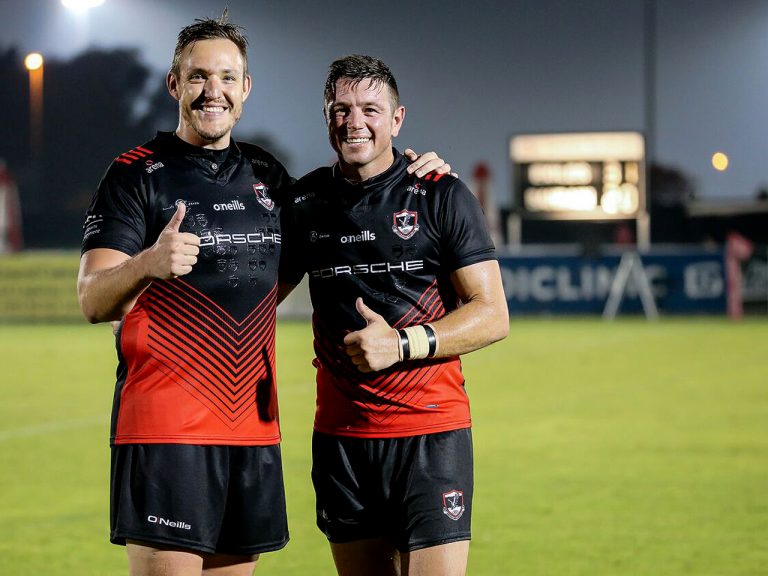 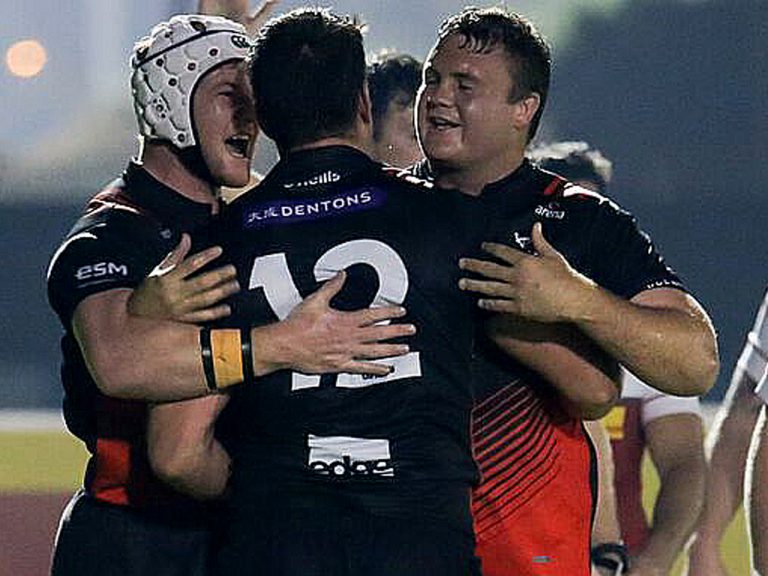 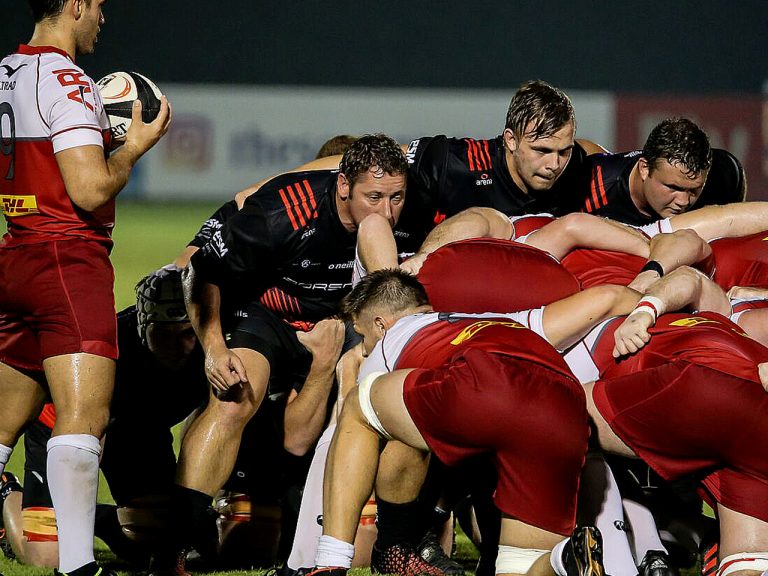 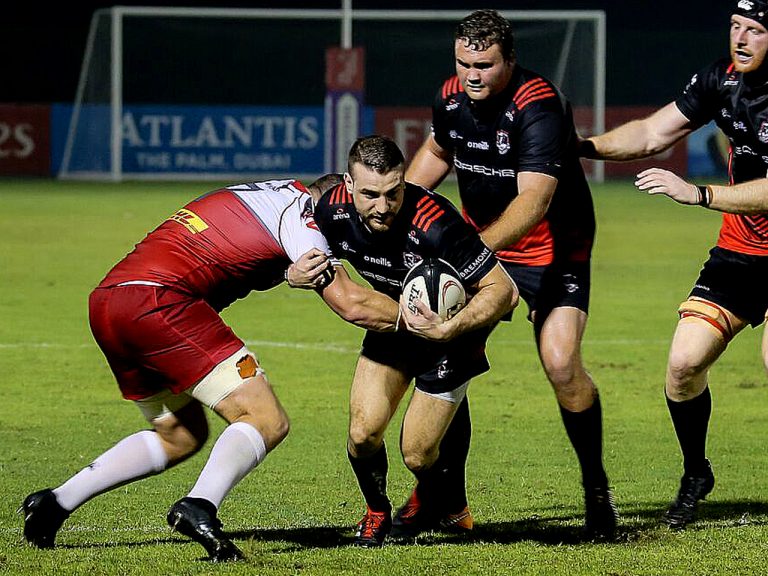 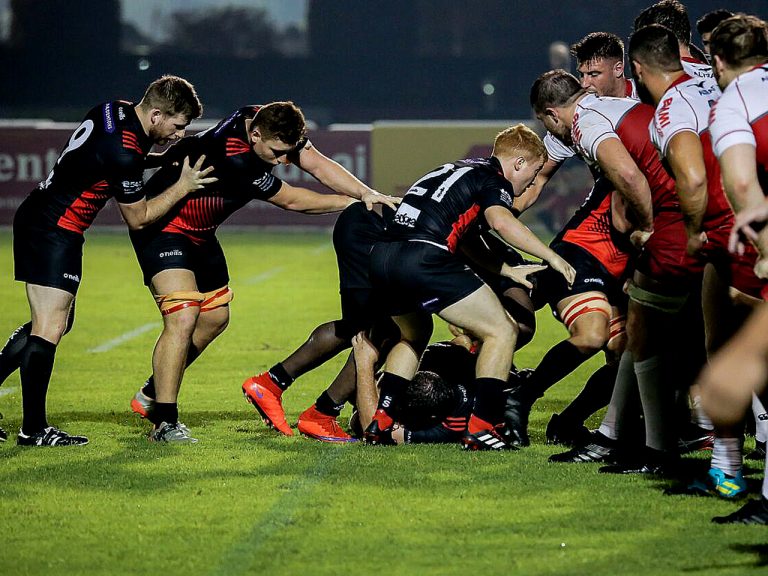 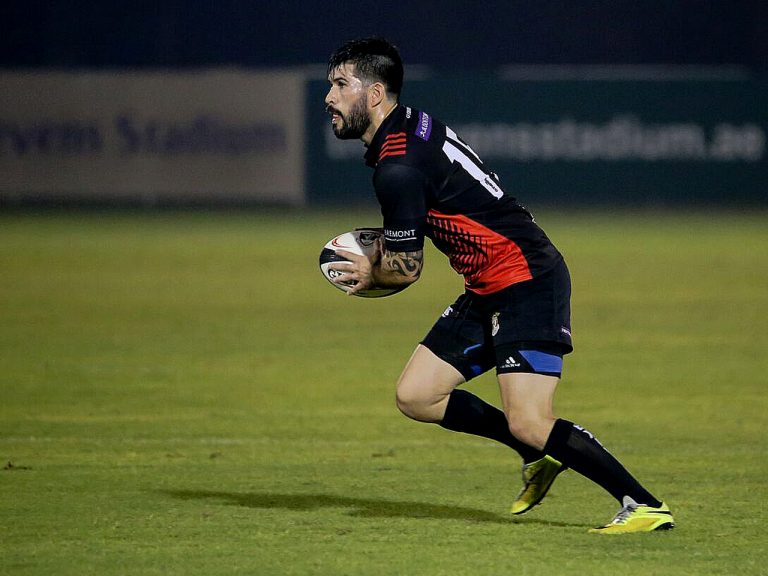 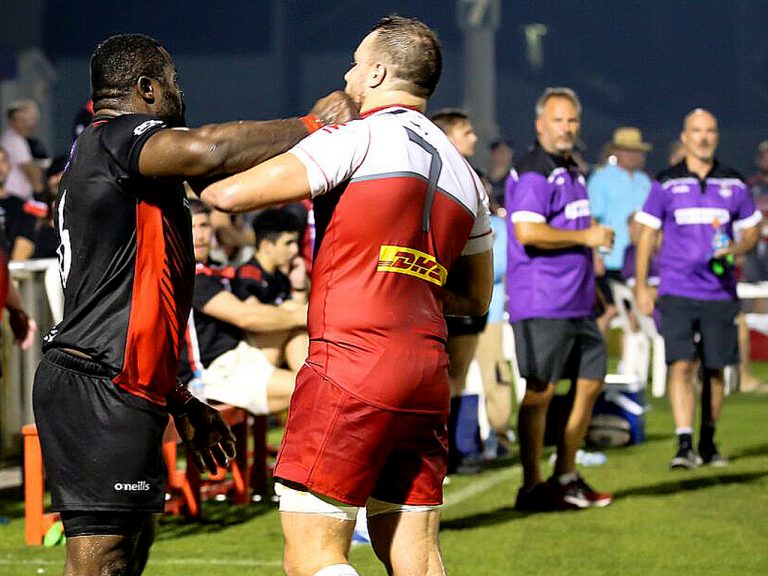 Another fantastic pressure relieving kick from Gerber pushed Bahrain towards their own 22m line. The Exiles, struggling with their lineouts, won a clean one which saw giant centre Justin Walsh crash over the try line after blasting his way through four Bahrain defenders. Converted by Ed Armitage and suddenly the Exiles were 10 – 0 up.

Another infringement at a ruck gave Gerber another shot at goal. Jordan Viggers, the Bahrain blind side flanker was sin binned for his efforts at the ruck and Gerber kept the score board ticking. 13 – 0 Exiles.

With only 5 minutes left in the first half, a poor lineout, followed by some weak tackling saw Bahrain run through to score under the posts with only 14 players on the pitch. The try was easily converted and the half time score 13 – 7 to the Exiles.

All of the initial second half pressure came from Bahrain, with the Exiles lineout misfiring Bahrain found themselves with penalty opportunities in quick succession and successful kicking quickly leveled the scores at 13 points each. The exiles were creaking.

No sooner had Bahrain drawn level, the Exiles had an attacking opportunity from their own throw in just inside the Bahrain half. Hendre Venter found his jumper, a pass to DuRandt Gerber from Ed Armitage and the outside half threw a beautiful pass into midfield putting centre Michael Stubbs on his defender’s outside shoulder and into acres of space. A draw and give sent the ball into the hands of winger Carel Thomas and with dazzling footwork he rounded his opposite number in the 5m channel to score in the corner. Gerber added the 2 points from far out on the touchline with an excellent kick.

A few minutes later and again Bahrain were not within the laws at the breakdown, another 3 points to the boot of the Exiles number 10.

The clock ticked down into the final 10 minutes and Bahrain found themselves breaking from their own 22 with some excellent handling and their outside half, Adam Wallace, creating space for his outside players. A scrum in the Exiles 22 and Bahrain, with a short pass to the blind side, gave their centre an easy run in to the line. 23 – 20 to Exiles.

Similar to earlier in the game, no sooner had Bahrain scored when they were again penalised for a breakdown infringement, Gerber added the 3 points to the Exiles score.

Into injury time the game continued, and a barnstorming run from the Camaroonian number 6 put the Bahrain defence into complete disarray. Some sharp passing across the Exiles back line put centre Michael Stubbs into the corner to put the game beyond doubt.