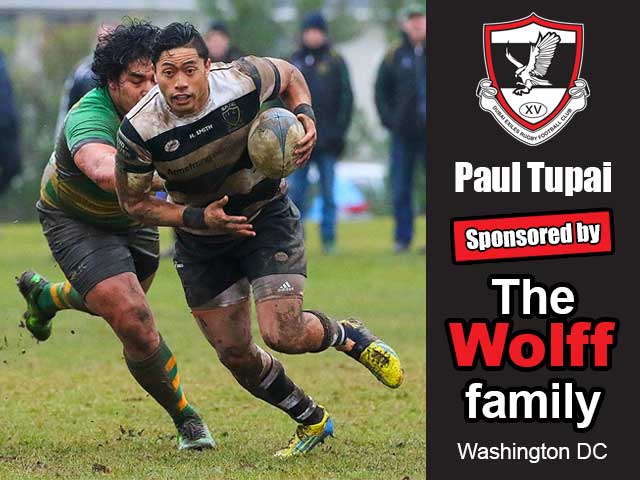 Never too far away from the Exiles, despite what a map might indicate, former Chairman Mike Wolff and his family have taken a player sponsorship package with Exiles new arrival Paul Tupai.

Paul and his wife Naomi arrived in the summer from New Zealand and have been a regular feature at the club helping to coach the younger age groups. Paul and Naomi are more than familiar with how to encourage and communicate with younger rugby players, both are qualified teachers and Paul is a specialist in Primary School ages.

Paul’s playing CV is high quality, having played for Pirates RFC in Dunedin from 2011 to 2016 before moving to Premier outfit Southern Magpies in 2017 and helping them to become Premier Champions.

You’ll be able to keep up with Paul’s exploits in the 2019/20 West Asia Premiership and UAE Premiership rugby season on his Exiles web page at https://dubaiexiles.com/rugby/senior-rugby-squad/paul-tupai/ we’ll be posting video highlights and images of all of our players this season.

You can check out the full senior rugby squad at https://dubaiexiles.com/rugby/senior-rugby-squad/

If you, your business or your family would be interested in sponsoring an Exiles player for the 2019/20 season, you can find the details at https://dubaiexiles.com/sponsor-an-exiles-player/ or email your interest to hello@dubaiexiles.com