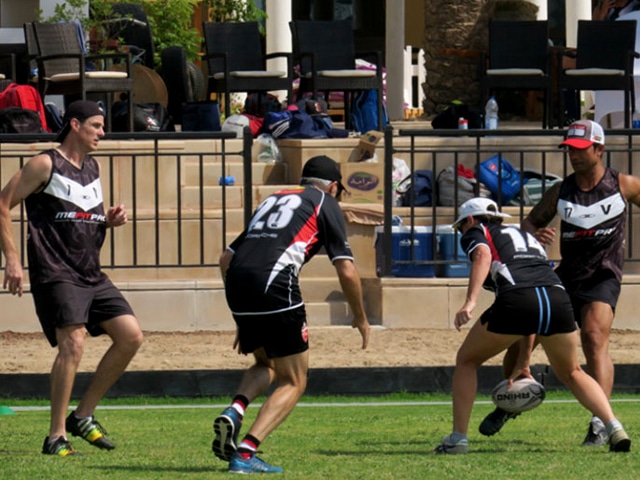 It had been an exciting week for the Dubai Exiles Touch squad. With not only the Middle East Touch Championships on Friday 21st, but the Exiles also hosted two clinics with one of the games greats, Mr Peter Walters.

Peter, also know as “Mr Touch”, is an icon of the game. As a previous world number one player who has represented New Zealand numerous times, we were very fortunate to have him provide training and mentoring before the competition. His coaching helped to add much technical knowledge to the squad, something that even some international sides don’t get access to!!!!

From humble beginnings 2 years ago when 20 parents/adults started “throwing the ball around” on
a Friday afternoon, the seed of passion to play touch has germinated.