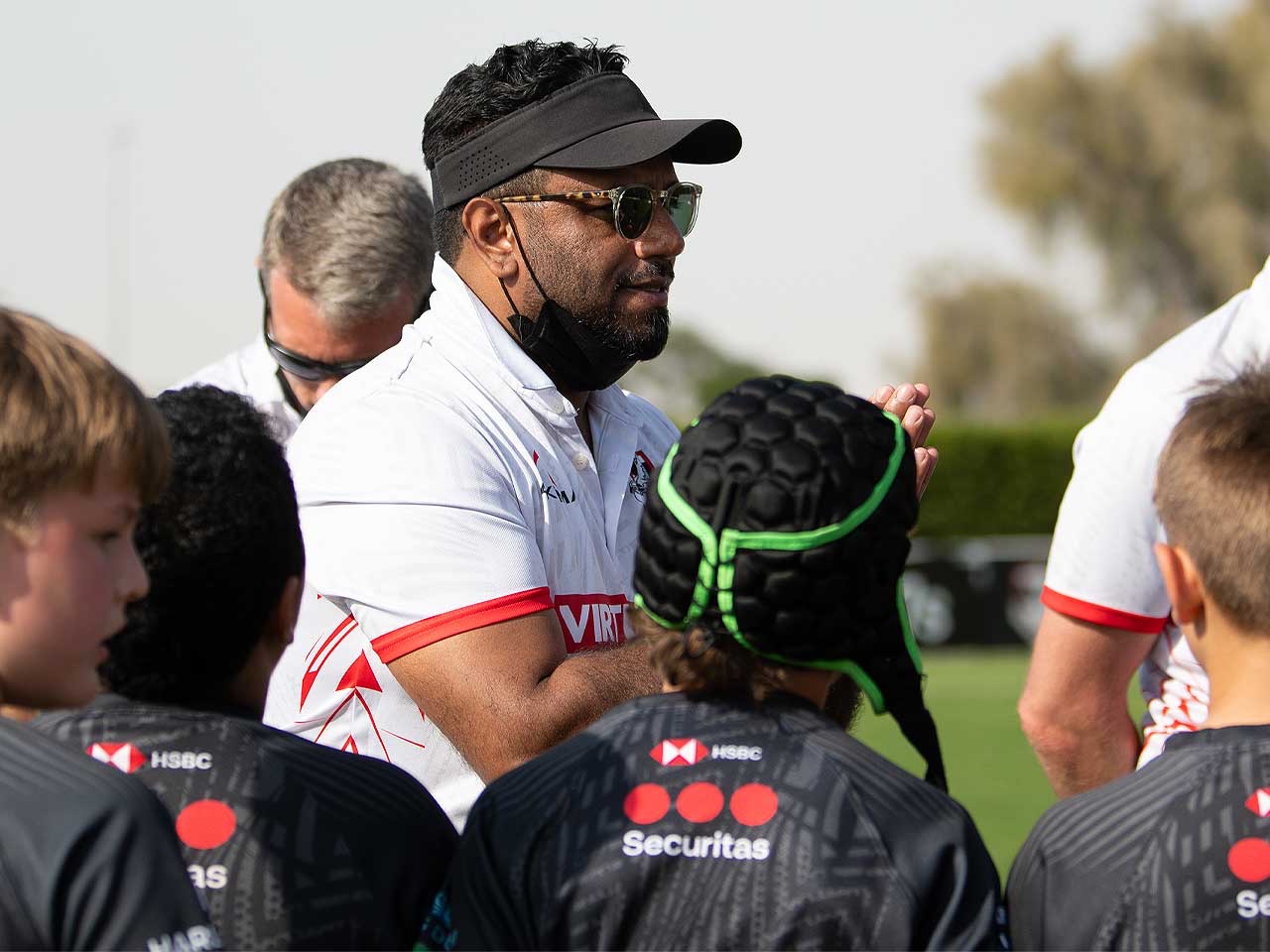 We’ll be making a series of posts over the next few weeks featuring the rugby coaches at Dubai Exiles RFC who give up their time, and a lot of energy, to help the young boys and girls of Dubai learn, develop, and to enjoy playing rugby in the UAE.

When the Dubai Exiles Under 11s finished last season they’d made a considerable contribution to the Exiles‘ Mini & Youth trophy cabinet!

Razeen joined the Dubai Exiles six years ago in 2016 with his son, Aman, joining the Exiles Under 6s and daughter Liya joing the Dubai Exiles Under 13 Girls. Aman will be playing for the Under 12s next season while Liya is enjoying her rugby with our Under 19 Girls. His youngest son, Adam, enjoyed his first season of Exiles rugby with the Minis in the Under 5s in 2020.

Razeen is one of the nicest people you could ever hope to meet. At the Abu Dhabi tournament not only did he, and his coaching team, steer the Under 11s to their Cup Final and Plate Final wins, he also helped out with the Under 5s and Under 6s with everything from tying boot laces to corraling players.

After the inevitable battering that Wales will receive from his home nation of South Africa next month. Razeen will be one of the first to console this particular Welshman when we’re back in the Dubai Exiles Clubhouse in September.

Thank you Razeen, and all of the Under 11 coaches, team manager, first aid providers, the mums and dads for all that you do for those young players and for Dubai Exiles RFC.