So, who is Exiles’ Director of Rugby Jacques Benade? 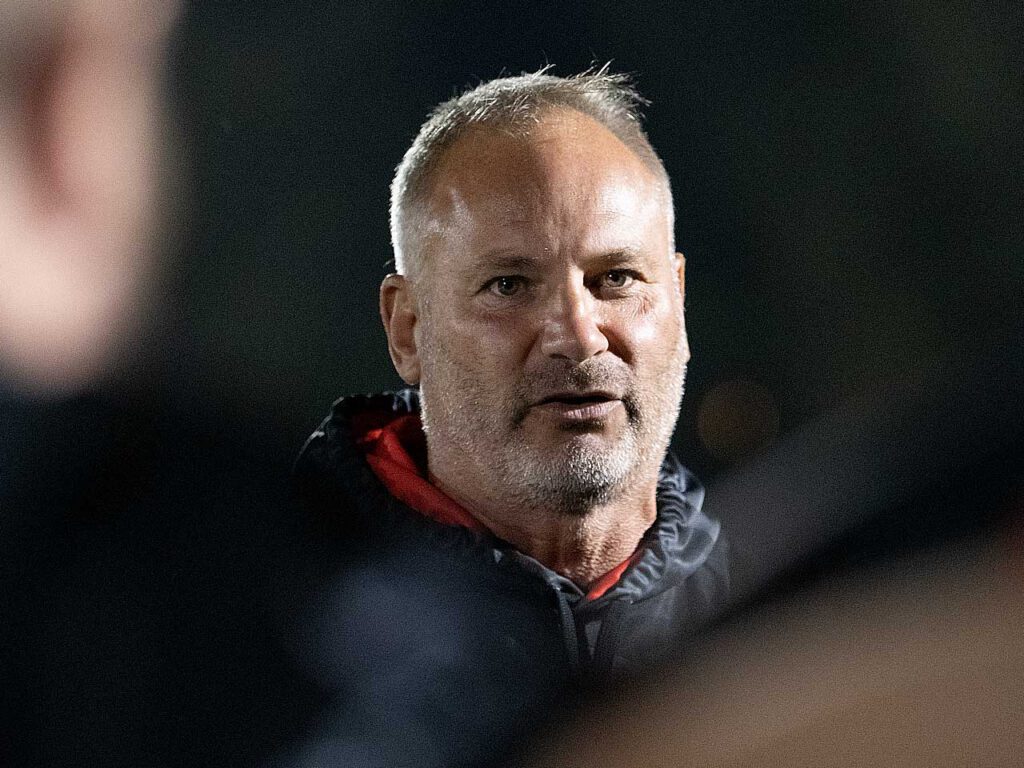 When Jacques Benade joined the Dubai Exiles as Director of Rugby in 2015, he brought a wealth of experience, knowledge, and rugby know-how to the UAE and Gulf region’s most historic club.

Jacques is ‘hands on’ in his role. He’s on the pitches at The Sevens Stadium coaching the Senior Men’s squad as well as frequently getting on the green stuff with the different Mini & Youth age groups from Under 5 to Under 19, girls and boys.

Under his guidance the Dubai Exiles have won everything that can be won in senior Gulf rugby – the West Asia Premiership, the UAE Premiership, and the Emirates Dubai Sevens.

If you’re familiar with rugby in the United Arab Emirates you’ll without doubt know who Jacques Benade is. His reticent and taciturn manner, yes that’s a joke, has not only impacted on the Dubai Exiles, he has also brought success to Dubai College in his role as Director of Rugby for that prestigious education establishment.

So, who is he? What has he done? How did he come to Dubai? By aeroplane…

Jacques Benade playing for Northern Transvaal (The Bulls) in 1993

Jacques was a talented fly-half who played top-flight rugby in his homeland, South Africa, and in Europe. He won caps for, and captained, the ‘Emerging Springboks’ in the mid-90s. He also put on the Number 10 shirt for South East Transvaal (Pumas) provincial side against a touring Wales team featuring the likes of Neil Jenkins, Ieuan Evans and Jonathan Humphreys in 1995.

Jacques scored 22 points in that game contributing to Wales losing by 47 points to 6 in the Johann van Riebeeck Stadium, Witbank. Benade kicked 5 conversions, 3 penalties and a drop goal. Wales only replied with the boot of then Swansea RFC outside half, Aled Williams, 2 penalties.

Jacques enjoyed a distinguished career for the Sharks in Super 12, now Super Rugby, where he played alongside such names as Stefan Terblanche, Andre Joubert, John Smit as well as Springbok captain Gary Teichmann and against world-class players such as Jonah Lomu.

“Playing for the Sharks in Super 12 in New Zealand one game, we all knew Jonah was playing against us. We also knew that he would take the ball off the scrum-half from a line-out and he would run straight at me.

We worked during the week on how we would counter that and also what we needed to do to close the space down so that we could make the tackle before he started running with the ball.

Everything went well until 10 minutes into the second half. There was a line-out and Jonah was coming off his wing to take the pass from the scrum-half.

I grabbed one leg, Gary Teichmann, our Number 8 and also the Springbok captain, grabbed the other leg and Wayne FyVie, our other back row player, jumped on his back and we eventually got him down 10 metres later – although we lost the game and Lomu still scored two tries.”

At the end of the 1990s, early 2000s, a number of South African players moved to Europe to play rugby. Gary Teichmann moved to Welsh club, Newport RFC, just before the advent of regional rugby in Wales (2003). Jacques Benade moved to Italian side Benetton Treviso.

Before moving to Italy in 1999, Jacques played his last season in the Super 12, as Henry Honiball’s replacement, he also played Currie Cup for the Mpumalanga Pumas, scoring 300 points in 18 games.

Jacques put on the Number 10 shirt for Treviso. He played his first Heineken Cup match against the NEC Harlequins at the Twickenham Stoop in November 1999. The much-fancied London side, featuring players such as kiwi legend Zinzan Brooke, England’s Jason Leonard, and England Captain, Will Carling, came unstuck by 19 – 22 to their Italian visitors. Benade scoring a try, drop goal and penalty for the Italian club.

When Jacques put his rugby ‘playing boots’ on the shelf he didn’t hang them up for good and retire from rugby. A future in coaching beckoned and after Treviso he accepted the role of Head Coach at Irish Division Two club, Malone RFC.

After 5 seasons with Malone, Jacques replaced fellow South African, Steph Nel, as Head Coach of ‘All Ireland’ Division 1 side, Ballymena. At ‘the Braidmen’ he expanded his coaching skills and seized invaluable knowledge from British and Irish Lions legends Syd Millar and Willie John McBride.

Helping the Under 19 Girls on a Saturday morning

Jacques moved to Dubai from Northern Ireland in 2015 and took up the role of Director of Rugby at the Dubai Exiles. The appointment was multi-faceted, it wasn’t only to return highly charged competitive rugby to the Exiles‘ Premiership and Division 1 sides. It was to structure the Exiles’ Mini & Youth into a clear pathway for all players, girls and boys, to reach senior and possibly international rugby.

Since Jacques arrived at Dubai Exiles RFC he has brought, and enjoyed, an enormous amount of success to the Gulf region’s most historic club. The Mini & Youth have had many successes in the various tournaments held in the UAE throughout the rugby season as well as the UAERF Junior Leagues. In the 2017-18 season the senior men’s side swept the board, winning the West Asia Premiership, the UAE Premiership and the Emirates Dubai 7s. In recent years the last 3 seasons have been extraordinary for both Mini & Youth and senior rugby 2019-20, 2020-21 and 2021-22.

Jacques has gained a formidable reputation as one of the top coaches in the region. Having enjoyed enormous success with the Dubai Exiles winning the West Asia Premiership, UAE Premiership (3) and Emirates Dubai 7s (2) he was invited to lend his considerable knowledge and ability to the UAE National Team as assistant coach to Apollo Perelini who took on the role of Head Coach of the UAE Rugby team in 2015.