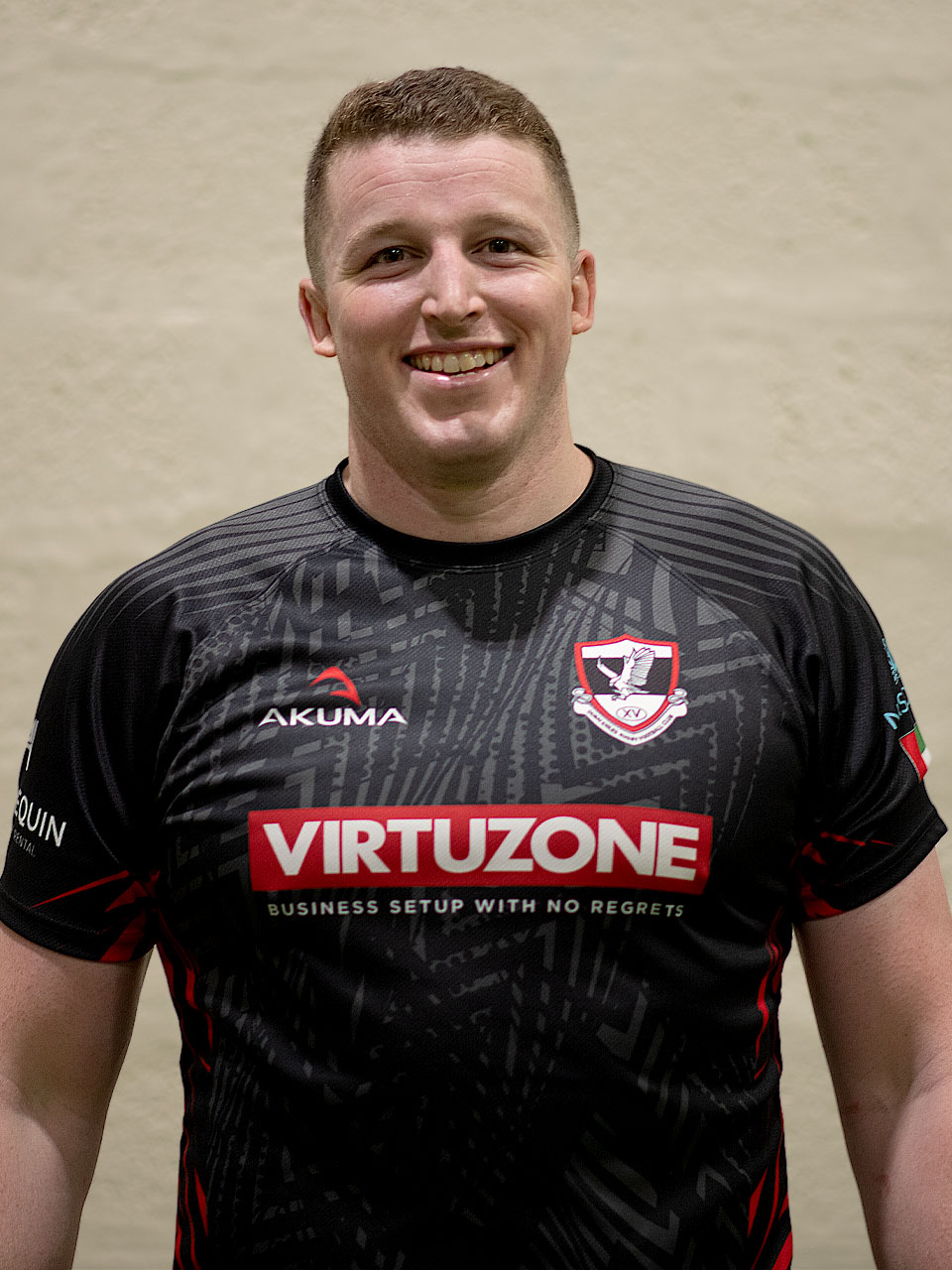 Ulsterman John Donnan brings an enormous wealth of experience and pedigree to the Dubai Exiles. The 6’4″ (1.95m) second row represented Ireland at the 2013 U20 World Cup in France and spent 2 seasons wearing the famous emerald shirt in the Under 20 Six Nations.

John started for Mike Ruddock’s Ireland in the opening 19 – 15 win against Australia at the Stade de la Rabine. A 46 – 3  win over Fiji followed before narrowly missing out on the semi-final after going down by 31 points to 26 against the New Zealand All Blacks.

John Donnan on the charge against the All Black at the Junior Rugby World Cup in France.

During his time studying mechanical engineering at Queens University Belfast John kept himself busy on the rugby pitch at Ulster Academy where he spent 3 years and was part of the Ulster Interprovincial Championship (inter pro) winning team. After graduation John played professionally with Ulster for two years.

In recent seasons John has played for, and captained, Ballynahinch, the only side in Northern Ireland that plays in Ireland’s All-Ireland Division 1A (D1A) – Ireland’s second highest level of rugby union behind the provincial sides of Leinster, Munster, Ulster and Connacht who play in the United Rugby Championship.

Ballynahinch’s Ballymacarn Park ground plays host to some of Irelands oldest and most famous rugby clubs, clubs like Garryowen (yes, that Garryowen), Lansdowne and Shannon.

In action for Ulster ‘A’ against London Scottish

John is a high quality player. A strong leader who has always commanded from the front. He’s extremely physical in the contact area and has an unbelievable understanding of the game. I’m absolutely delighted about the signing.

Like many players in the West Asia and UAE Premierships, ‘life’ has brought John to Dubai and he’s very keen to keep playing rugby at the highest level available in the region. Welcome John! We’re sure you’ll have a fantastic time playing rugby on Pitch 7 with the Dubai Exiles at The Sevens Stadium!