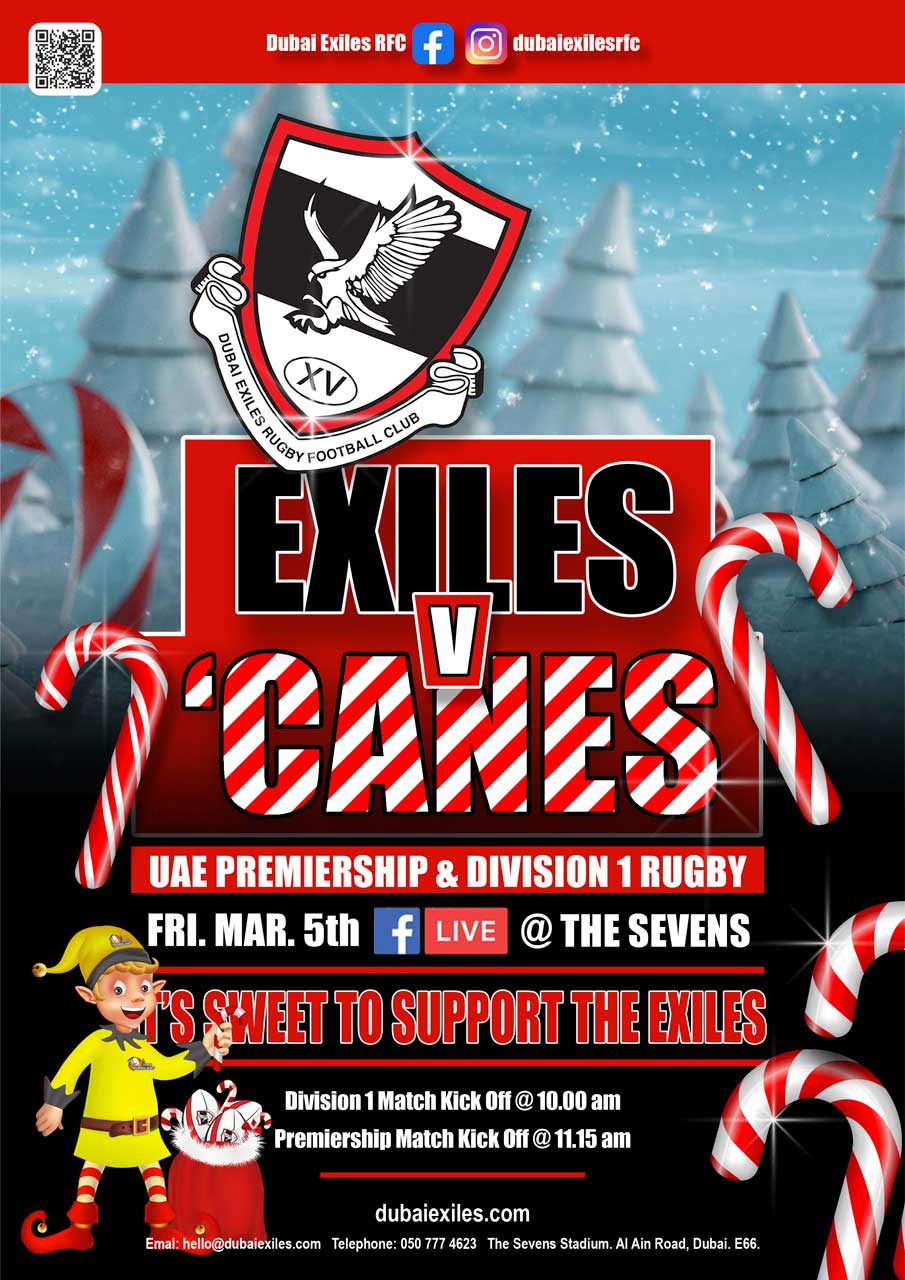 After the opening round of ‘friendlies’ in this season’s “Northern Emirates Premiership” – we think that’s what it’s called! Dubai Exiles RFC will be looking to repeat the form that saw them dismiss the Dubai Tigers by 76 points to zero in the Premiership match and the Exiles’ Young Guns steamroller their older opposition by 66 to 38 in the Division 1 game.

It’s going to be a big task, the noisy neighbours in canary yellow easily dispatched the Kn’Eagles by 62 points to 5 and their Division 1 side were equally impressive with a 73 – 12 win.

Unfortunately, both matches will be played behind closed doors #yournamesnotdownyourenotcomingin on Friday morning at The Sevens Stadium but they will be streamed live on the Exiles’ Facebook page.