Founded in 1966, Dubai Exiles Rugby Football Club is the oldest and most successful rugby club in the UAE. The Dubai Exiles‘ first women’s rugby team was formed in 1990 and competed in the 1991 Sharjah Rugby Tournament. The Exiles‘ women’s rugby team achieved great success throughout the ’90s, winning the Sharjah tournament on several occasions, and the Emirates Dubai Sevens in 2006, one of the last years in which, the now World Famous, invitational tournament was held at the Exiles‘ old Al Awir ground.

In recent years, the Exiles u19 Girls side has competed strongly that the Emirates Dubai Sevens, the current Cup Winners and winning the competition on 6 out of the last 7 occasions.

The Dubai Exiles have now reformed the women’s rugby senior team at the club. In the 2019-20 season we successfully reintroduced an u19 boys side who went on to win the HSBC Mini & Youth Rugby Tournament on their first outing.

This success was accomplished by the group being coached by a qualified, experienced and knowledgeable coaching team, something that we now have in place for the 2021-22 Exiles‘ Women’s Gulf Rugby side.

Amanda Hameon on the attack

Morgan Gladden looks for a target

If you’d like to get involved with the new Dubai Exiles Women’s Rugby side, train twice a week, play competitive rugby, but in a well coached and fun environment, just register online!

Estelle ‘Stella’ Galloway jogs back to the half-way

Amanda Hameon about to touch down

Feel free to contact Dubai Exiles Ladies’ Rugby via email at hello@dubaiexiles.com, should you need more information or find out about opportunities with Exiles‘ women’s rugby. 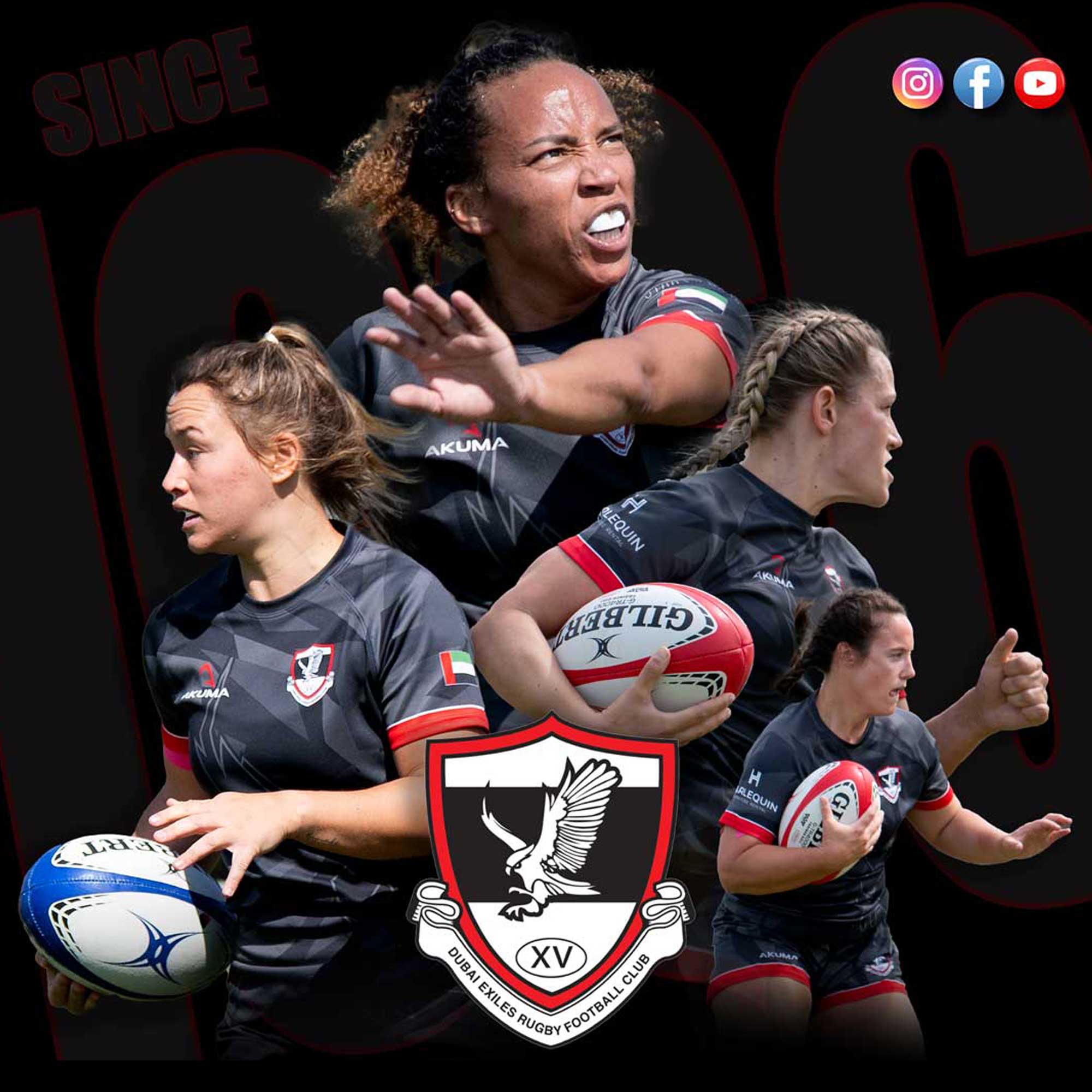