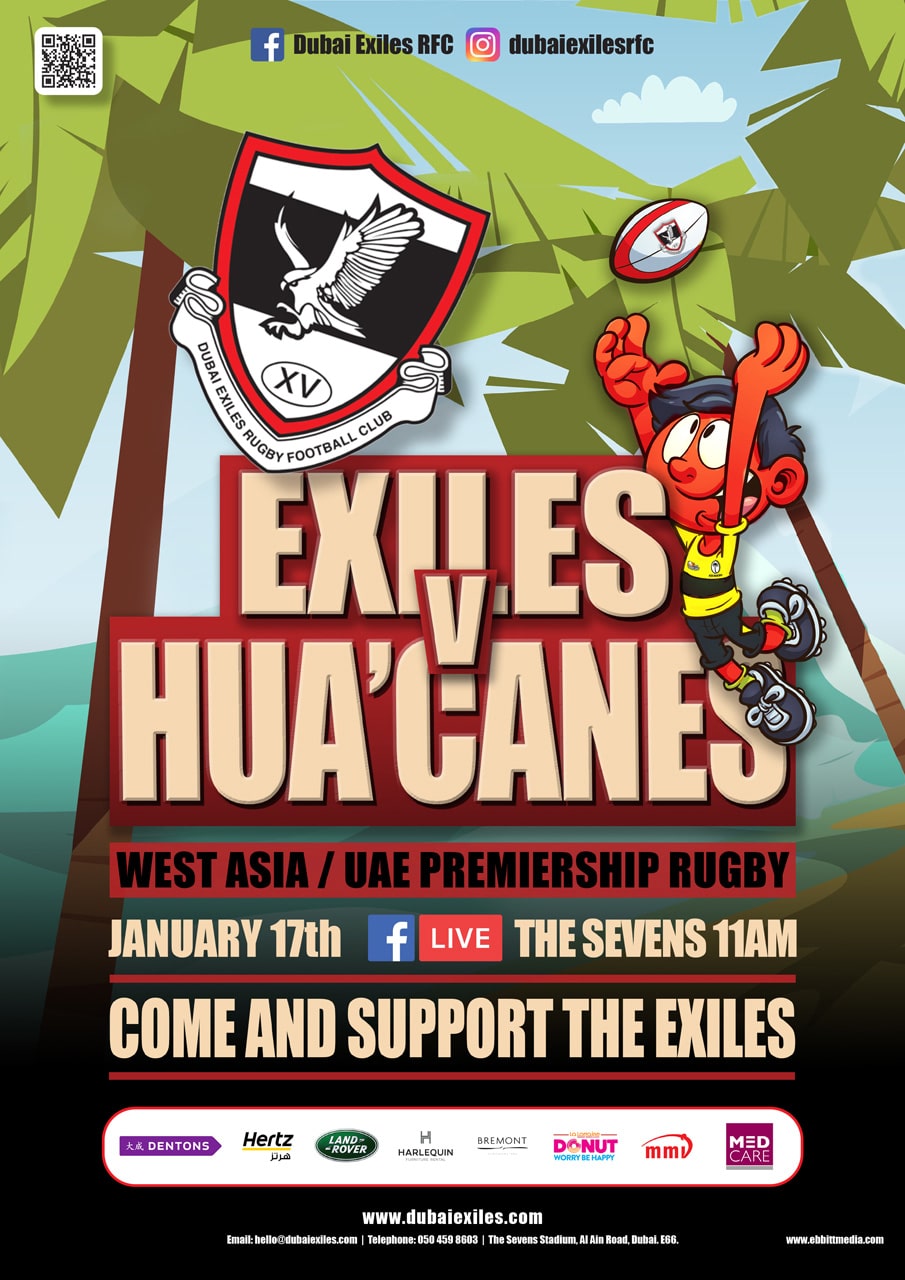 The UAE / West Asia Premiership returns to action this weekend, but the Exiles’ first ‘hit out’ in the second half of the season is against next door neighbours the Dubai Hurricanes.

The Hurricanes will still be smarting from their defeat to the Exiles earlier in the season, a defeat which kickstarted the Exiles undefeated run to the top of the mid-season table.

The match is on the 17th January and kicks off at 11am. With so many Exiles mini and youth sides training on the Friday morning, it should be a great Club Day for players, parents, members and supporters alike!

When that game is over, the Exiles Super-Twos will kick off a bit later against the Abu Dhabi Harlequins in their Division 1 fixture. This will be a great match up with a lot of our U19 players taking to the field.

The Club House will be open all day from 8am.