5 Brothers, 5 Cup winners and a Most Valuable Player. 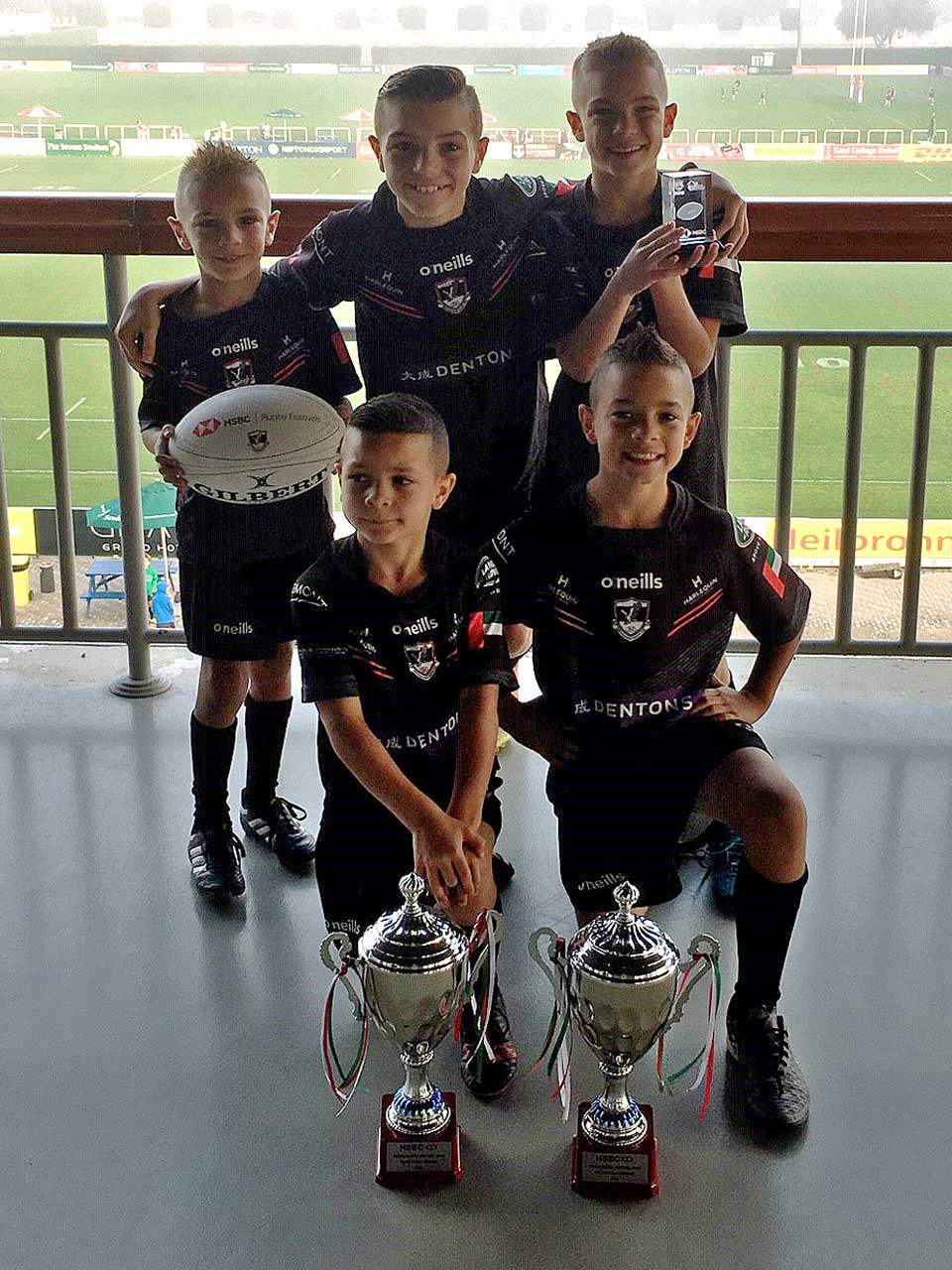 It was just another weekend of Exiles Rugby for the young men of the Sprenger household. Five brothers who enjoy their rugby with the Exiles, playing across three different age groups, u7, u9 and u12.

This year’s HSBC Rugby Festival turned out to be a super weekend for the Exiles, across all age groups, for both girls and boys alike. It also must have been extra special for the Sprenger family to be able to take five young men home, full of excitement, full of smiles, and a full-house in the trophy cabinet. Three Cups and an MVP award in the bag.

As if that wasn’t enough, Noah also finished the day off by leaving with the Most Valuable Player (MVP) award, given independently by the match official of the Cup Final.

Well done to everyone who represented themselves and the Club with such aplomb at the HSBC Rugby Festival this year and thank you for enjoying your rugby and developing your rugby skills here with us at the Dubai Exiles RFC.

James Richardson – Thank you, from everybody at the Dubai Exiles
31st January 2020