James Richardson – Thank you, from everybody at the Dubai Exiles 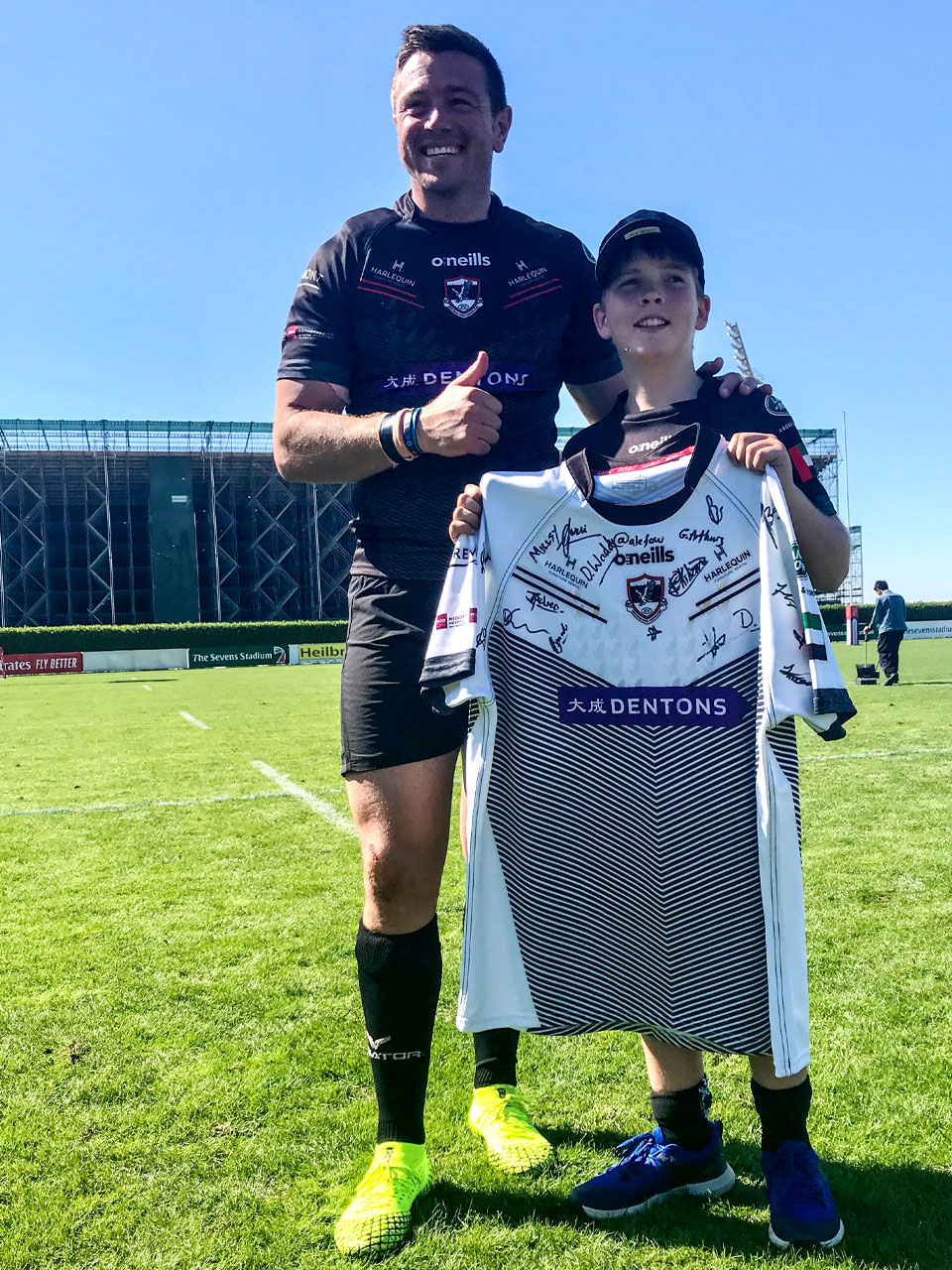 James joined the Exiles in season 2013/2014 at the tender age of 5, playing Tag Rugby for the under 6’s. His coach, Riaan Botha, recalls his time with the Dubai Exiles fondly:

“I’ve had the pleasure to coach this young man, who has grown and developed so much over the last ﬁve years.  During this time, we got to know each other well and a special bond formed between us.  James started off as a scrum half, purely because of his personality – he is the one that will, in true scrum half style, annoy the referee with questions and suggestions. Just kidding!”

His Coach continues “James is a tough young man that doesn’t stand back for anyone, and he prides himself on tackling the biggest boy in the opposition’s team.  Due to his fearless nature he was forced by his mom to start wearing a scrum cap… this new style and James’ good looks eventually forced me to move him to open side ﬂanker, as we could not have a scrum half that played with a scrum cap!”

James embraced all that Dubai Exiles has to offer young rugby players and in season 2016/17 he started to be a regular spectator and fan of the Exiles 1st XV – he would train on a Friday morning, return home, and later persuade his parents, Kevin and Sarah, to drive back to the Sevens Stadium for a Seniors match.  It wasn’t long before he became a regular Ball Boy for the Premiership matches and the following season, he began running out with Exiles Captain DuRandt Gerber and the team.

“He just loved watching the rugby, James is a true club guy and die-hard Exiles supporter” states DuRandt who credits James with forging a connection between the Seniors and our younger age groups. He further believes that James’ enthusiasm led to more and more of the U12’s coming along to matches and enhancing our cross-age group culture.

Unfortunately for the Exiles, the Richardsons decided that James needed to move back to his native Australia to attend the prestigious Toowoomba Grammar School, also known as the Australian version of Hogwarts. The Exiles’ loss is Australia’s gain.

James’ last match for the Dubai Exiles was on Friday 24th January at our HSBC Youth Rugby Festival where the U12’s gained victory in the Cup Final with a win over the Dubai Hurricanes. A final word from James’ Coach, “James my boy, I enjoyed being your rugby dad; continue being yourself and believe in yourself! I am looking forward to 10 years from now when your name will be mentioned in the same circles as the likes of Michael Hooper and David Pocock!”

James, we’ll miss you. Once an Exile Always an Exile!

5 Brothers, 5 Cup winners and a Most Valuable Player.
7th February 2020